Posted on September 5, 2019 by jacqueline 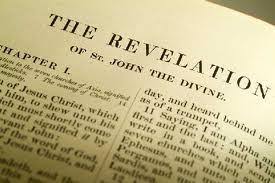 “And after these things I saw four angels standing on the four corners of the earth, holding the four winds of the earth, that the wind should not blow on the earth, nor on the sea, nor on any tree. And I saw another angel ascending from the east, having the seal of the living God: and he cried with a loud voice to the four angels, to whom it was given to hurt the earth and the sea, Saying, Hurt not the earth, neither the sea, nor the trees, till we have sealed the servants of our God in their foreheads. And I heard the number of them which were sealed: and there were sealed an hundred and forty and four thousand of all the tribes of the children of Israel:

Of the tribe of Juda were sealed twelve thousand.

Of the tribe of Reuben were sealed twelve thousand.

Of the tribe of Gad were sealed twelve thousand.

Of the tribe of Aser were sealed twelve thousand.

Of the tribe of Nephthalim were sealed twelve thousand.

Of the tribe of Manasses were sealed twelve thousand.

Of the tribe of Simeon were sealed twelve thousand.

Of the tribe of Levi were sealed twelve thousand.

Of the tribe of Issachar were sealed twelve thousand.

Of the tribe of Zabulon were sealed twelve thousand.

Of the tribe of Joseph were sealed twelve thousand.

Of the tribe of Benjamin were sealed twelve thousand.” (Revelation 7:1-8, KJV)

Israel (also known as Jacob) and his family moved into Egypt because of the famine in Canaan (Genesis 46). He happily reunited with his “long lost son,” Joseph, and he adopted Joseph’s two sons, Manasseh and Ephraim, as his own. (Genesis 48:5) This adoption elevated the two grandsons of Israel to a position that was equal with their eleven uncles. Eventually, Ephraim and Manasseh became leaders of tribes bearing their names. (Joshua 14:4; Numbers 1 and 26.) This development explains why, at the time of the Exodus, the actual number of tribes that departed Egypt totaled thirteen, but they were formally counted as twelve. (Exodus 24:4; Deuteronomy 33)

When Moses ascended Mount Sinai to meet with God for forty days, many Israelites fell into idolatry while Moses was gone by worshiping the golden calf which Aaron built. When Moses returned to the camp, he called for volunteers to kill the defiant idolaters. The Levites immediately stepped forward and they killed about 3,000 of their kinfolk. When the Lord saw the Levites were willing to kill their kindred to honor His covenant, He exalted the Levites above the other tribes by making them His priests. (Exodus 32:25-29; Deuteronomy 33:8-11) This may sound strange, but when God exalted the Levites as priests, He eliminated their inheritance. The Levites were not given a share of the promised land. Instead, God gave the Levites a portion of the bounty from the land – the tithes and offerings1 that would be forthcoming. (Numbers 18:20-24)

The inclusion of the tribe of Levi in Revelation 7 is significant for two reasons. First, this is the only place in the Bible where the Levites are numbered as one of the twelve tribes after the death of Moses. (Deuteronomy 33) Second, even though the tribe of Levi was exalted above the other tribes in ancient times, they are not exalted above the other tribes when it comes to the sealing of the 144,000. There will be as many Benjamites as Levites. The demotion of the Levites is explained by the apostle Paul in Hebrews 7 when he explains that God abolished the Levitical priesthood due to the implementation of a new covenant.

One final point in this section should be noticed. Revelation 7:5-8 indicates that when the sealing of the 144,000 occurs, each tribe is larger than 12,000 people. For example, the Bible says, “Of the tribe of Levi were sealed twelve thousand.” The existence of each tribe will prove to be interesting later in this study because, currently, no one knows the identity or whereabouts of the twelve tribes. Fire destroyed the genealogical records of Israel in A.D. 70 when the Roman general, Titus, destroyed Jerusalem. In light of the language used in Revelation 7, the absence of genealogical records is interesting because the identity of the twelve tribes is known only to God at the present time. Of course, the twelve tribes have to exist at the time of the end because 12,000 will be selected and sealed from each tribe.

Because the book of Daniel has been unsealed, we have four valid rules of interpretation. Because we have the rules, the identity, mission and timing of the 144,000 can be determined. Since Rule Two of apocalyptic prophecy requires that all specifications be met in order to produce a fulfillment, please review the following specifications concerning the 144,000. A discussion about each specification will follow:

Now that these eight specifications have been summarized, a few remarks about each one may prove to be helpful.

John calls the 144,000, “servants,” “servants the prophets,” and “servants of God” in the book of Revelation. (Revelation 6:11, 7:3, 10:7, 19:2) Observe John’s use of language in the following texts (For the sake of clarity, I have inserted a few words in these verses and enclosed them in brackets, but especially notice the words I have emphasized with bold print.):

John Distinguishes between Prophets and Saints

If we compare these four passages to one another, we find that John consistently distinguishes between God’s servants and God’s saints. For example, in the first text, Revelation 6:11, John distinguishes between “servants” and “brothers.” Since the fifth seal occurs during the latter part of the great tribulation we have to ask, “What ‘servants’ of God will be slain during the Great Tribulation? Could the “servants” in Revelation 6:11 be the 144,000 “servants” mentioned in Revelation 7:3? Yes! Here is why:

In the fourth text, Revelation 16:4-6, John distinguishes between “saints” and “prophets.” This particular text forces a distinctive wedge between a group of people called “saints” and a group of people called “prophets” because of timing. We know that the third bowl will be poured out in the final days of the Great Tribulation (during the seven last plagues). The Bible says the third bowl will be specifically directed to those who shed the blood of “saints” and “prophets.” The book of Revelation identifies the prophets who are killed by the people who receive the third plague. The 144,000 “servants” in Revelation 7:3 are the “prophets” slain in Revelation 16:4-6. Notice how this connection is made.

The third text says that just before the seventh trumpet sounds, “The mystery of God will be accomplished just as He announced to His servants the prophets.” What prophets will be informed about “the mystery of God” prior to the sounding of the seventh trumpet? Could the servants the prophets in Revelation 10:7 be the 144,000 servants mentioned in Revelation 7:3? The internal harmony within Revelation says, “Yes!” The 144,000 will be a distinct group of people who are separate and distinct from the numberless multitude who come out of the Great Tribulation.

Look again at the third text. When the seventh trumpet sounds in Revelation 11:18, loud voices in Heaven will urgently proclaim that the time has arrived for Jesus to avenge the killing of His “prophets” and “saints.” Once again John distinguishes between a group of people called prophets and a group of people called saints, and he indicates that people in both groups will suffer death during the Great Tribulation.

– When we consider John’s repetitive distinction between saints and prophets . . .

– When we consider that many (if not all) of God’s prophets will die because of the Word of God and the testimony they maintain (martyrdom during the fifth seal) . . .

– When we consider that God’s mystery (announced to His servants the prophets) will be finished just before the seventh trumpet sounds . . .

– When we consider that God will avenge the death of His saints and prophets by giving blood thirsty murderers blood to drink during the time of the third bowl . . .

This entry was posted in Mount Zion. Bookmark the permalink.

Next Up
Previous
Random