Racism in an American Religion 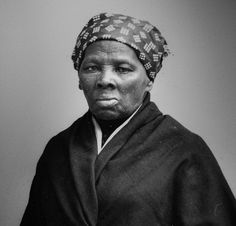 Harriet Tubman was asked, "how many slaves did you rescue?" Thousands, but I could have rescued thousands  more but they weren't aware they were slaves."

This is the case with most of the black elders and circuit overseers. They are given a "little power" to subjugate, keep in line, and control the black congregations with threats like those implemented in slavery. They follow the rules and use an iron fist. They don't know they are slaves, they just take the insults from the organization instead of speaking out and stopping the behaviors.

I grew up under segregation and "Jim Crowe laws" so I know racism when I see it.

Since the kingdom halls are closed, now is the time for those held in slavery to search the internet in the privacy of their home without interference from the elders and the organization. The link below is a helping start for you. This is done in love to help the next generation get free mentally even if it is too late for my generation.  Now you can check every fact against the Bible itself. You can read the Bible and listen to other thoughts on the scriptures to help you understand this marvelous conversation Jehovah God is sharing and having with His earthly children. Pray and He answers, you can understand the Bible if you let other voices in. If you find it says what your religion teaches then good. But also be ready to see the doctrines are not in line with the Bible from the very beginning of the religion. They are based on if the average Church teaches this we will go the opposite, to be seen as different and that makes it right. Take you time. God is patient.

Now is an excellent time to review the systemic Racism in the religion I was brought up in.

The entire model of the Watchtower society is based on the dominance of its members. You must totally submit your will to the organization from its inception in the 1800s or risk dismissal as it is rumored Rutherford had been dismissed for disagreeing. This same model progressed down to the present-day organization.

Women no matter their race are second class citizens and Black women are third class or less in the eyes of the organization. Only good to raise subservient black boys and girls to view them as their savior and to completely obey them instead of the Bible.

These young people with families have had it drilled in them that they and their young children will die at Armageddon.

Instead of exclaiming "why haven't we had a black man, Mexican or other nationalities on the governing body"?

Because older women especially black women will lose their families if they leave or speak out, many have remained silent.

Afraid that their black sons and daughters would abandon them even if they are ill. White sons and daughters and other races within this organization will do the same, so they too keep quiet. Speak out and you will be shunned and hunted down relentlessly by visits from their "Gestapo" elders.

Barbara Anderson and I were almost the first women to actively speak out.

I am almost sure I was one of, if not the first black woman to openly speak out against this systemic racism, doing so in a court of law.

I don't really have to say much but I will put this link to the page by Cedars that got his information from jwstruggles who got some of his info from jwfacts. It speaks for itself.

It is built on the SLAVE MODEL

11 Responses to Racism in an American Religion

It's Okay To Be Selfish

Being selfish means you love, protect and respect yourself. [caption id="attachment_820" align="alignnone" width="300"] Ladies Talking[/caption] In case of an air…

What Is Jehovah Saying?

The word of God is quick, and powerful, and sharper than any two-edged sword, piercing even to the dividing asunder of…