Thoughts From A Traveler 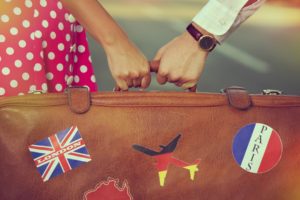 Learning about God as we go!

Hi, we’re the travelers. We thought we’d introduce ourselves in as short a manner as possible, at least for us. I had been a witness for 50 odd years, no pun. My wife had been for twenty years. I realized the hope held out in the resurrection from the grave of an existing person, Jesus, when I was about 24 and that this planet was dying. I only later realized that we were collectively going insane. You see God is willing to teach us the “ways” that lead to life. We as a kind teach less and less of what is moral or in other words, in our best interest if we want to live, to each new generation. When I and my wife explained the “hope of the resurrection” as it really is in the Bible to the brothers and the representatives of the Jehovah’s Witness organization, it resulted in many visits from one and then two elders and several committees being formed. After explaining to them the line of logic in the Bible, and their considering this, the resulting answer was always the same: “the congregations are not strong enough to hear the truth”. The strange thing is that this line of thought eventually was written in the Insight on the Scriptures volumes for the most part under the Transfer of God’s Son, although this consideration of transfer did not carry identity through the grave.

Finally, after waiting on the organization for forty or so years we sat down and applied the realization of the resurrection to the bits and pieces we had gathered from our Bible studies. We wrote for just over a year before the realizations gained from applying the original realization to the bits and pieces and the then realized connections (we might say revelations for us) were put to paper. These were extraordinary. A revelation is a revelation the first time any mind arrives at it, although getting them straight from God must be a powerful experience. Wait, do you think God repeats himself or does he speak truth into reality once for all those to find who have eyes to see and ears to hear? We could use your help brothers and sisters as we hope you all are, truly looking for truth, or in other words trying to cover more distance to allow you to draw closer to God. We know this is possible as part of his kingdom through accurate understanding. So let us travel “UP” making our minds over in the process of becoming one with God’s mind using this power that God has empowered us with, the spirit. We are not trying to convert you, as we belong to no denomination, or in other words division from the congregation that follows Jesus as we return to one with Yahweh. This congregation includes both those alive now on earth and those alive in the grave throughout all time.

So we offer this as our effort to cultivate a relationship of love with all of you. We will make clear where we stand by dealing with the “theory of the Trinity” right off the mark. We repeat that we are not trying to convert you as we belong to no denomination or division. The only congregation we belong to is the one following Jesus and it spans time.

44 Responses to Thoughts From A Traveler

Earthquakes In One Place After The Other!

[embed]https://www.youtube.com/watch?v=KSMFH5c2enY[/embed] Matthew, the 24th chapter was given to only 4 of the Lord Jesus' intimate disciples: Mark 13:3 As Jesus was…

Pedophilia- What is a Socialpath?

I was informed that 2 study articles will be considered by the Witnesses on how to handle molesters. Since the…