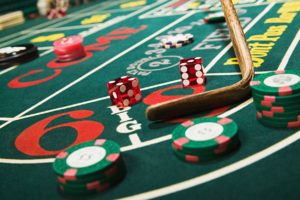 Gambling With The Lives Of Millions.

Watchtower quotes range from amusing, to dishonest and even dangerous. It becomes apparent when scanning through the history of Watchtower writings that there is no special guidance behind the writings.

Referring to people leaving their religion to join Jehovah's Witnesses:

"No one should be forced to worship in a way that he finds unacceptable or be made to choose between his beliefs and his family." Awake! 2009 Jul p.29 (p.28)

Regarding those disfellowshipped from Jehovah's Witnesses:

"Really, what your beloved family member needs to see is your resolute stance to put Jehovah above everything else - including the family bond. … Do not look for excuses to associate with a disfellowshipped family member, for example, through e-mail." Watchtower Study Edition 2013 Jan 15 p.16

Favourite Quote about Growing up

"If you are a young person, you also need to face the fact that you will never grow old in this present system of things. Why not? Because all the evidence in fulfillment of Bible prophecy indicates that this corrupt system is due to end in a few years. ... Therefore, as a young person, you will never fulfill any career that this system offers. If you are in highschool and thinking about a college education, it means at least four, perhaps even six or eight more years to graduate into a specialized career. But where will this system of things be by that time? It will be well on the way toward its finish, if not actually gone!" Awake! 1969 May 22 p.15 Click here for scan

43 years later, as the class of '69 consider retirement, the Watchtower continues to proclaim the short-sightedness of higher education and a career.

"No doubt, school counselors sincerely believe that it is in your best interests to pursue higher education and to plan for a secular career. Yet, their confidence lies in a social and financial system that has no lasting future." Watchtower 2012 Jun 15 p.23

It is disconcerting to read the demands of the Governing Body for unquestioning obedience.

"All of us must be ready to obey any instructions we may receive, whether these appear sound from a strategic or human standpoint or not." Watchtower 2013 Nov 15 p.20

The ongoing errors and false predictions made by the Governing Body prove they are not guided by a direct link to God. For followers to be expected to follow all instructions, even when they appear unsound, is dangerous, and they type of comments made by the leaders of death cults, such as Jim Jones in Jonestown. Would you drink Kool-aid if instructed to? It may sound unlikely, but none of the 913 that died in Jonestown joined with such an expectation.

There have been no end of false predictions of the world's end for over a century.

"Shortly, within our twentieth century, the "battle in the day of Jehovah" will begin against the modern antitype of Jerusalem, Christendom." The Nations Shall Know That I Am Jehovah p.216

Watchtower is a patriarchal society that believes women are lesser than men. Women cannot be teachers in the congregation and must consider spiritual brothers and their husbands to be their heads. Most damaging are quotes regarding how women may have deserved being beaten or raped, and even that being raped could be considered as having committed the sin of fornication.

"Thus if a Christian woman does not cry out and does not put forth every effort to flee, she would be viewed as consenting to the violation." Watchtower 1964 Jan 15 p.63

"So by no means would it be proper quietly to submit to rape, as that would be consenting to fornication." Watchtower 1968 Jun 1 pp.345-50

““On one particular day,” says Selma, “I didn’t want to have a Bible study. The night before, Steve had hit me as I had tried to prove a point, and I was feeling sad and sorry for myself. After I told the sister what had happened and how I felt, she asked me to read 1 Corinthians 13:4-7. As I did, I began to reason, ‘Steve never does any of these loving things for me.’ But the sister made me think differently by asking, ‘How many of those acts of love do you show toward your husband?’ My answer was, ‘None, for he is so difficult to live with.’ The sister softly said, ‘Selma, who is trying to be a Christian here? You or Steve?’ Realizing that I needed to adjust my thinking, I prayed to Jehovah to help me be more loving toward Steve. Slowly, things started to change.” After 17 years, Steve accepted the truth.” Watchtower 2012 Apr 1 p.29

Conscientious objectors to Watchtower teachings are demonised as apostates.

"Apostates “quietly” bring their ideas into the congregation, like criminals who secretly bring things into a country. ... The Bible says that apostates are mentally diseased ... " Watchtower 2011 Jul 15 p.11

The Watchtower and Awake! (previously called Golden Age and then Consolation) have contained a lot of incorrect and naive medical advice.

"Vaccination never prevented anything and never will, and is the most barbarous practice... We are in the last days; and the devil is slowly losing his hold, making a strenuous effort meanwhile to do all the damage he can, and to his credit can such evils be placed... Use your rights as American citizens to forever abolish the devilish practice of vaccinations." Golden Age 1921 Oct 12 p.17

"A peculiar factor sometimes noted is a so-called 'personality transplant.' That is, the recipient in some cases has seemed to adopt certain personality factors of the person from whom the organ came." Watchtower 1975 Sep 1 p.519

"Sustaining one's life by means of the body or part of the body of another human...would be cannibalism, a practice abhorrent to all civilized people." Watchtower 1967 Nov 15 pp.702-704

"The bobbed hair craze is sure to lead to baldness, sooner or later. The reason for this is that human hair is like a tube sealed at the free end. When the hair is cut, the oils which are the life of the hair become dissipated. The reason why men grow bald so quickly is that they have their hair cut so frequently and, in addition, wear tightly fitting hats, which cut off the circulation of the scalp." Golden Age 1924 Nov 19 p.100

"There is no food that is right food for the morning meal. At breakfast is no time to break a fast. Keep up the daily fast until the noon hour." Golden Age 1925 Sep 9 pp.784

"If any overzealous doctor condemns your tonsils go and commit suicide with a case-knife. It's cheaper and less painful." Golden Age 1926 Apr 7 p.438

"Sleep on the right side or flat on your back, with the head toward the north so as to get benefit of the earth's magnetic currents. Avoid serum inoculations as they pollute the blood stream with their filthy pus.... Stop chewing gum, as you need the saliva for your food." Golden Age 1929 Nov 12 p.107

"Medicine originated in demonology and spent its time until the last century and a half trying to exorcise demons. During the past half century it has tried to exorcise germs." Golden Age 1931 Aug 5 p.728

This entry was posted in Uncategorized and tagged announcements, media, news. Bookmark the permalink.

How to watch Leah Remini show on Jehovah witnesses the aftermath. ENTIRE EPISODE! https://heavy.com/entertainment/2018/11/watch-leah-remini-scientology-jehovahs-witnesses-online/   https://video.search.yahoo.com/search/video?fr=yset_widemail_chr_win&p=a%26e+leah+Remini+and+Jehovah+witnesses+trailer#id=1&vid=650db2d744a02958e02eabc576bc3517&action=click https://video.search.yahoo.com/search/video?fr=yset_widemail_chr_win&p=a%26e+leah+Remini+and+Jehovah+witnesses+trailer#id=4&vid=05cf7bf8dc4cd96ad44f2e5ca6a0d445&action=view This is a…