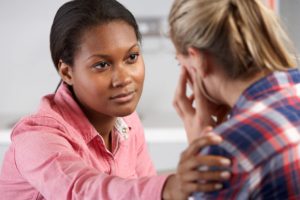 What is Posttraumatic Stress?

Hello. Here is my bio. I tried to think of what to say which took forever since nothing I wrote felt good enough. I decided to talk instead about how I ended up where I am in a neutral way and why what we are building online with each other is so important.

My family has had a long history with the Jehovah’s Witness faith. My great-grandparents became baptized publishers and pioneers during the turn of the century, and I am the fourth generation to become baptized in this faith.

I have a good working understanding of the doctrines, hierarchical structure, and practices of the Jehovah’s Witnesses and have used the tools given to me to further my understanding of God and what he requires of me as an individual. My search for God took me on a very unexpected direction in 2012 when my father was diagnosed with cancer and we needed assistance in order to help him attend that year’s Memorial (a recounting of the events and death of the Messiah Jesus Christ). My father had been partaking as an anointed individual for over 20 years and had never attended a Memorial outside of a Kingdom Hall in his life. Because of the problems that we had with his illness, we opted to try to have the Memorial at our home. This was a very difficult decision as we were taught as Jehovah’s Witnesses that you should only attend the Memorial with other Jehovah’s Witnesses at one of the Kingdom Halls. Due to my fathers failing health, and the lack of assistance from the Elders we were left with no option but to hold the Memorial service privately.

This decision turned out to be an important one as we delved into the scriptures and engaged in heavy research about the origins and purpose of the first Passover and its connection to the death of Jesus Christ. When we prayed for insight, the Holy Spirit directed us to go to the source for all of our questions, and this meant looking at the bible in the context of the people it was written to. In short, this meant understanding these events from a “Hebrew” perspective.

When we began to understand this historical narrative through a Jewish perspective, we learned more than we ever thought imaginable. We learned that the name of the Messiah is Yeshua in Hebrew. We learned that God gave his people a calendar that was based on agriculture and astronomical events which set them apart from any pagan reckoning of time. When we began to re-read the bible from a Hebraic perspective, we learned that so much greater understanding is all but absent from Western interpretations of the bible. By the time we were finally prepared to hold the Memorial, we better understood the deeper weightier aspects of God’s appointed times and why every aspect of the Messiah’s life and death was prophetically significant.

We learned that the appointed times like the Passover was an appointed time given by God and that these feasts only received a partial fulfillment and have yet to receive a complete fulfillment. I can’t tell you how much peace that this knowledge has brought me, to learn that our salvation is still in progress and that we as believers have so much more than I ever was taught possible to look forward to. Since 2012, my family holds the Memorial each year with a greater commitment to biblical and historical accuracy.

I no longer attend meetings or services held by Jehovah’s Witnesses, as I have found some of their teachings factually and scripturally inaccurate, and much of the doctrine taught at the time of my baptism has been invalidated by newer contradictory interpretations from the “faithful slave”. For me and my family, we have learned all that we can from the Jehovah’s Witnesses but must press on to spiritual maturity looking forward and not behind.

Since leaving the Organization, I have returned to school and am now finishing a degree in psychology in order to work in the field of behavioral health.

During my time as one of Jehovah's Witnesses, I saw a great deal of spiritual and emotional turmoil inside the congregations. Many of my brothers and sisters were experiencing depression, anxiety and constant fear of the future. Many suffered in silence hoping that simply attending more meetings or engaging in field service would help them and they blamed themselves when the depression persisted. I also became disturbed by what I called the absence of love permeating the congregations. Brothers and Sisters are experiencing an unprecedented amount of pressure from this dying and decaying Satanic system we live in. Many are unable to find the tools and resources to cope.

Marriages, parent-child relationships, and friendships within the congregation are all becoming toxic casualties of mankind’s downward spiral and many Witnesses find themselves preaching about a hope that they are not sure they themselves have. I decided to try and dedicate my times and energy into creating a resource page in order to help people from all denominations and faith, that find themselves without support encouragement or answers from the religions they practice. My hope is to build an online community of brothers and sisters committed to the cause of having true love among one another. Our creator is greater than our churches and greater than us, but we all must be willing to be receptive to following the lamb where he goes, even if it requires a leap of faith. Satan will continue to press us, isolate us, discourage us and our enemies will be the ones that are the closest to us.

It is in these times that we need to be certain of what we believe, and cling to it with all that we have.

21 Responses to Lost and Found with RENE

Baptism Question changes over the years

Changing Baptism Arrangement Jesus commanded to baptize in the name of the Father, Son, and Holy Spirit. Over time, Watchtower…