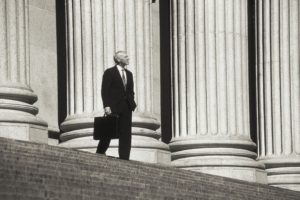 From a legal perspective

The Galileo Syndrome is, by definition, a situation or set of circumstances wherein someone establishes him/her self as possessing knowledge over, above and beyond that which might be possessed by anyone else, including  those who have a natural bent for a specific discipline and any/all who have acquired , at significant effort and substantial cost, education in accredited schools and who then seek to validate themselves by denigrating, even punishing such learned one(s) by defaming, demeaning, and denigrating them in the eyes of the rest of the society in which they exist and live.

Consider Galileo Galilei, a sixteenth and seventeenth-century musician, natural philosopher, astronomer, and mathematician who was, unquestionably, endowed with the above noted natural attributes but was also not only educated in notable schools of learning but who subsequently taught geometry and even astronomy [no surprise here!).  Also notably, he was a craftsman who made telescopes and ground and polished his own lenses.  He was truly not only a remarkable individual but he was definitely a Bible scholar and even an author who maintained that any literal interpretation of the Bible would, if such conflicted with known and proven facts, (stated quite simply) ‘not be acceptable’.  Germane to this, but beyond the scope of the ideas here offered for consideration, is the notion that most people back then considered the earth to be the center of the universe!  Galileo, in 1616 not only suggested, but declared that, “the sun was the center of the universe” (slight error here but he did get away from the self-centered notion that the earth was the real focal point!)   He also assumed a position that interpreting the Bible literally would be erroneous should such literal interpretation conflict with established facts concerning the world (universe).

Enter Pope Urban the 8th! Urban was, ironically, a friend even admirer of Galileo but was, in spite of these facts, ultimately (however indirectly) responsible for having Galileo declared a heretic and imprisoned. The salient facts of this are that while there was then a great deal of accurate knowledge about the solar system (with only little factual discoveries having been made about the rest of the universe) there was no small controversy about ‘what revolved around what’ and ‘what was stationery’ and very little was known about the planets.  The lesson here is that a little knowledge in the hands of the wrong people is a very dangerous thing, especially when it is comingled with illusions of the grandeur that accompanies self-importance.

Thus Pope Urban was, for all intents and purposes, ‘getting into’ (just as the Watchtower Society (WTS) and Jehovah’s Witnesses (JWs) do today) areas in which he had little to no education or knowledge, and thus no business; e.g. no right (again like the WTS and the JWs) to, without such knowledge, take it upon himself/themselves, to wreak havoc into most of the known world at that time, at least that part that claims to embrace Christianity, by assuming that they only can discern God’s will and even His purposes. Therefore it can be clearly seen that the Catholic Theologians of that day, who elevated themselves above the scientists of the day, were bound and determined to establish themselves as the final authority for the world in many, if not all, of the matters that concerned mankind in that era. Can we see a similar pattern in this day and age?

Question: Is it not equally clear today then, that the WTS, with its self-appointed and self-serving Governing Body (GB), has mimicked the early Catholic church and has attempted to establish itself as the sole source of Biblical knowledge with that GB being the only ones commissioned with divine authority to discern, interpret, or for that matter, even offer comment on the meaning of Bible passages?

History, coupled with the formal apology of the Catholic Church, took the Galileo Syndrome errors some 350 years to be rectified!  Only then did the Church finally make an admission that it was wrong!  So, it seems that time does, at least in some instances, seem to rectify error; but, 350 years?  If the Catholic church’s three hundred and fifty year time span is any indication of an acceptable grace period, then the WTS has a bit more than 200 years during which it can continue to ignore its grossly reprehensible promise to the generations of, and following, 1925 that relied (to their lifelong detriment) on that “Millions Now Living Will Never Die” promise. .  And, perhaps by that time lapse, fortuitously, few will remember that the year 1914 was concomitantly promised to be the year in which God’s Kingdom would be ushered in bringing paradise to the earth.  This was unquestionably the carrot which, “dangled before the donkey” and tantalized many if not all, who ultimately became dedicated JWs.  This must give rise to the kindred question:  will the JWs ever publicly admit, and apologize for its wrong statements (even LIES if that is not too strong) about 1914 and people not ever dying?

Another question, spawned by the Galileo Syndrome and now screaming for an unambiguous answer, is whether or not the WTS GB will ever be exposed for what it really is: “A pompous group of avaricious men who have manipulated circumstances within what was at one time a group of generally mannerly people that seemed to have accurately gleaned significantly comforting truths from the Bible and shared/preached them to many people, hungry for answers to the world’s increasingly devastating woes?  The stark facts are that this GB arrangement is not only completely unmentioned in the Bible, it has absolutely no scriptural basis in any sort of Biblical precedent.

To this extent, I recall when rank and file JWs first began hearing about the GB (and when was THAT — perhaps the late 70s?) that a somewhat well known WTS diplomat made mention of the (supposed) “fact” that the Jerusalem Bible was so accurate in its modern English translation renderings that it “laid out” with total clarity, the structure of the GB!!  I, in my often admittedly less than genuinely diplomatic approaches, countered quickly with “Where” (in the bible of course!).

The response came back “The book of Acts!” Now, in and since those times, obviously not much has now changed: no self-respecting JW would ever even THINK about, reading (much less actually do it, i.e. read a Catholic Bible!)  So, like the ever so slightly inquisitive individual I tend to be, I acquired my own Jerusalem Bible.  And, I did so under the guise of Being a true Berean.  (Note: a Berean [see Acts 17:11] is one who accepts the admonition to “search the scriptures daily, to see if “those things” (told to them) were so.")    Strange how we haven’t heard such admonition, e.g. “see if the things we have been taught are true”, for a lot of years now!  Could it be?  ...

Could it be true, that the above is accurate in its depiction of men manipulating circumstances and events for their own advantage?  [please contemplate Jude 1:4]  Surely though, would it not be absolutely expected, at the very least, that the term ‘Governing Body’ would appear somewhere in the Bible, and especially in view of the manner in which this ‘GB’ goes to such great lengths to dictate and establish the claimed authorization of its allegedly exclusive and privileged relationship with our Great creator?  As an example of such dictatorial persuasions, I point to the many dictators of mankind’s history who seem to have been successful in establishing themselves as the only hope for whatever nation(s) they subsequently desecrated.

More specifically I recently read somewhere on the internet the epithet: “Obey the Governing Body”.  This sort of inane pronouncement is truly thought arresting! Pragmatically may I suggest that we should be ‘obeying Yahweh and perhaps soon, when he will become more active in Kingdom power, his chief crusader, his Messianic Son, and pursuant to his duties and command, obey also his Bride?  But “OBEY the GB?” some of whom have been captured in photographs ‘humbly displaying’ Rolex watches?

In synopsis and final argumentation for meaningful reflection in support of the Galileo Syndrome, I quote George Santayana (the Spanish writer) who philosophized that, “Those who cannot learn from history are doomed to repeat it.” Note: Sir Winston Churchill later reiterated this premise.  Pragmatically, I posit: Is it so difficult to discern that the WTS has, in say the last 40 to 45 years, successfully duplicated the entire control strategy of the Catholic Church?

So, I like to refer to it as “The Galileo Syndrome” wherein religion (in this instance the WTS and its self appointed GB) takes upon itself to invade every facet of human life, imposing rules, guidelines, decrees, canons and every sort of criterion possible to control and manipulate people, and to do so blatantly in the face of the very basic and truly prudent Bible counsel to “… not go beyond the things written.”  (I Cor 4:6)

Just as the Pope had Galileo declared a Heretic for speech that the Church did not like, the WTS has determined to excommunicate any/all individuals who would be “presumptuous enough” to, however sincerely, request an explanation for controversial dogma or a simple “Why” for certain “New Light” since it must clearly supersede what surely must have to become “Old Light”.  Strange how we never hear the term, “old Light” but isn’t that what “new light” must ultimately become when the GB has determined (through their exclusive ‘Voting process’ — YES! they actually vote on changes — however incredible that may seem!) that some adjustment in understanding needs to be made?

4 Responses to THE GALILEO SYNDROME- by Larry & Rena Luecking