A little bit of her life and journey below.

Go here for more of her story : 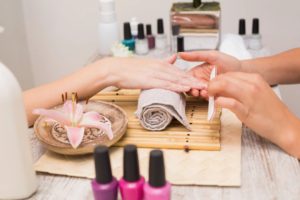 My name is Marjo and I am married and we have 3 children together.

I am from Finland and my native language is Finnish.

The reason why I left was that I didn't get support from the congregation when it was needed.

My mother was also a Witness, but she left first. I was very alone in those moments.

I began to cry. That was the only moment when someone was there for me.

No one ever asked me after that how I was, or have I got over this.

Not even elders didn't come to see me and ask how I was doing after this.

That is when I began to fade away. Then I met my husband in the same job.

Then leaving from Witnesses was easy.

Then I just e-mailed to one elder that I don't want to be a Witness anymore.

There is little of my history from Witness times. I also couldn't stand that dress code.

Now I follow Yeshua only and read the Bible.

I love different cultures and languages. So it is nice to meet new people from all over the world.

Maybe we can learn something from each other 🙂

Marriage Failure, Murder and Chaos, Why??